The Alentejo region is located in the south of Portugal. Literally the word Alentejo means “Além-Tejo” (Beyond Tagus). In fact the Alentejo is located south of this river and is the biggest province of Portugal, occupying 1/3 of the national territory. It borders the river Tagus on the north side, the Atlantic Ocean on the west side, the Spanish border on the east side, and the “Algarve” region on the south side. The province is subdivided into four regions: Alto Alentejo (Upper Alentejo), Alentejo Central (Central Alentejo), Baixo Alentejo (Lower Alentejo) and Alentejo Litoral (Coastal Alentejo). The region is composed by 46 municipalities spread over the districts of Portalegre, Évora, Beja and part of Setúbal. 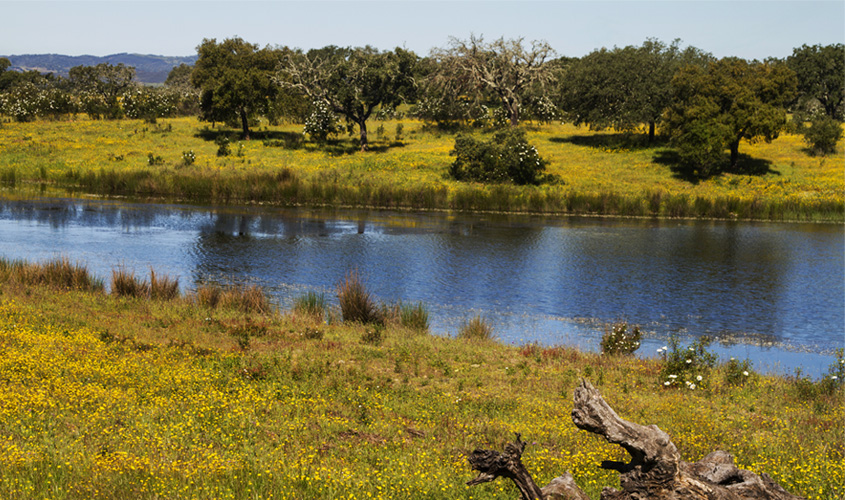 The Alentejo is a vast area, mainly rural, with a low demographic density. It offers an exceptional environmental quality and a well-preserved landscape: vast plains covered with large olive groves and vineyards, oak groves and groves of holm-oaks, natural parks, hunting areas and lakes.
The Alentejo is the main agricultural region of Portugal, representing almost half of the agricultural land use in the country: